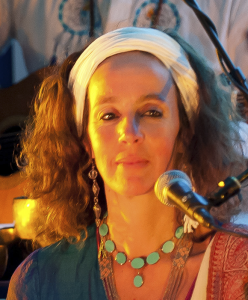 “Inner sound” is created by Tal Zimra Coleman :musician , composer, sound healer, story teller and a multi- instrumentalist. The bansuri, also known as Krishna’s Flute, is her main source of inspiration. Tal has studied flute and music under Pandit Hariprasad Chaurasia, the great Indian music master and flutist, for many years. both in India and in the Rotterdam Conservatory of Music.   Tal has also studied at the Norwegian Academy of Music in Oslo.

Tal’s knowledge has been lovingly applied to exploring and teaching the healing aspects of music for the last 25 years.
she has studied with many teachers such as: Jill Purce, David Hykes, Dr John Beaulieu and Silvia Nakkach.

Tal has  published 7 Cd’s for meditation, relaxation and well being. the 8th is coming soon.

here are some articles written about some of Tal’s projects: